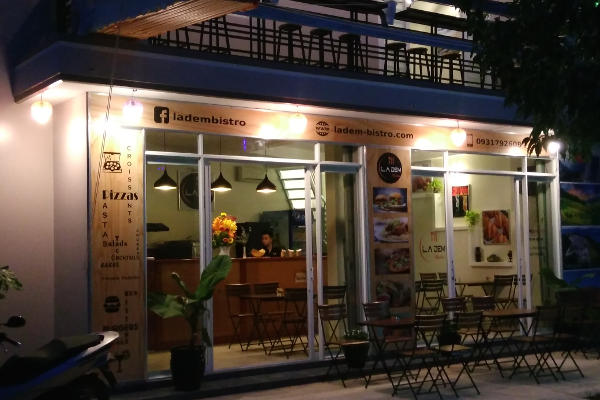 Tayninh city is famous for many delicious treats, including Pho, banh can, hotpot, but don't miss out on a chance to sample of La Dem Bistro's famous homemade pizzas, pastas, burgers and French delicacies.

La Dem Bistro was designed with the Tay Ninh local in mind, who enjoys the modern Vietnamese lifestyle of delicious imported food, complimented by a fantastic selection of mojitos and cocktails. La Dem Bistro offers a comfortable outdoor entertaining experience, the bistro is quite tiny and cozy but we feel a lot of good vibes and smells from the oven. The chef is a French guy usually called "Uncle Lolo".
La Dem Bistro is the perfect destination for your next evening out with friends, whether enjoying a delicious cocktail or sharing a big/huge homemade burger, enjoying a XL pizza (45cm!), a plate of pasta, a striploin steal topped with a creamy mushroom sauce...


What's on the Menu: Let's talk about pizza, a crustry/soft dough (not too thin but not too thick...), a yummy and savoury Italian tomato sauce topped with French mozzarella cheese.
You can ask for different toppings (chicken, seafood, pepperoni, beef, vegetables...)

Burgers are huge and very tasty made with an Australian beef patty. Don't hesitate to ask for a portion of french fries and cheese, it's succulent! Pasta Bolognese is also a must, the sauce is absolutely gorgeous! Croissants, pains aux raisins, brioche Mouna and many other delicacies are also waiting for you at La Dem Bistro

Opening hour: from 4pm to 9pm (Tuesday to Sunday)

General review: A nice place to eat western food, to practise your English or French with a friendly chef and to taste very good homemade pizzas and french delicacies.

Megavina's Investigators have visited this restaurant, they ordered a selection of dishes and beverages, visited the facilities (toilets and had a look on the kitchen area if possible), they checked the cleanliness and how the staff interacted with clients. Our investigators work anonymously, the best way to get real and objective reviews because the staff and the managers don't know that we are investigating.

A unique place in Tay Ninh city may be because it's the first French restaurant in town. We discovered this restaurant 2 years ago, here's our new review.

It's important to know that the restaurant is often crowded so a bit noisy, the terrace is large with 10 tables available only!

Many customers seem to order pizzas in advance and just come to pick them up. We stayed about 2 hours and we saw tens of pizza boxes going away.

We selected a pizza size M called "La Supreme" including smoked salmon, seafood, mussels from New Zealand and a scallop from Japan. It was gorgeous! A crispy but soft dough, a savoury sauce, a lot of cheese... We also asked for Pasta Bolognese, the sauce was rich, full of flavors and meaty. Really succulent! Unfortunately, parmesan cheese was not available, the chef offered us Emmental cheese instead, a great offer, the cheese was so good!

Concerning the prices: Pizzas are cheaper than in Ho Chi Minh city, in a meantime it's difficult to compare with Pizza Hutt, Pizza 4P's, Italiani's or Domino's because pizzas are very different, French style is unique in a way. And of course, the rent and staff is probably cheaper in Tay Ninh city than in Ho Chi Minh city. Most of the products used are imported even the tomato sauce imported from Italy!!!

Before leaving we decided to ask a few questions to the Chef, a very kind French man. We asked him why the restaurant opens only at 4pm. His answer was very clear, he needs time to prepare the sauces, the dough, the cakes. Most of the dishes are homemade even the breaded chicken (MEN1) made with a fresh breast of chicken, marinated and breaded.

We thought that pizzas were the most famous dish at La Dem Bistro but in reality it represents just 55% of the sales. The best sales are the burgers, the bolognese pasta, the French croissant, the striploin steak and the meat platter.

How to find La Dem Bistro

Close to the schools, at 600m from Vinecom, ACB Bank 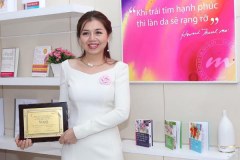 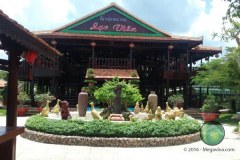 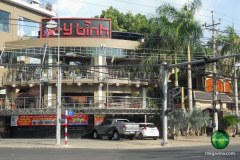 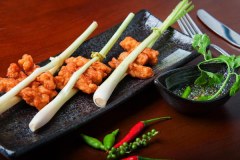 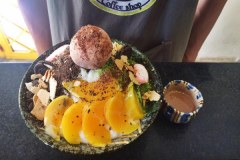 You are my Angel Coffee 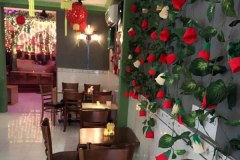